Learn about the fascinating history of Culatello di Zibello

Make sure you shop on line over the next 7 days to have a chance of winning this week’s prize. (Prima Pietra Pair) 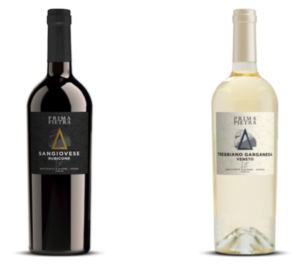 Strolghino salami is a traditionally thin, delicate, soft and sweet salami made from the treasured culatello trimmings. It is usually consumed just a few weeks after production. Its name is believed to come from the dialect word “strolga” which translates to “witch”. This name was given due to a witch’s ability to ‘see into the future’ – tasting the strolghino gives the first clue into how the prized culatello will turn out 12 months later.

This salami can only be made using the trimmings of the culatello. Unfortunately, over the years there has been widespread use of inferior quality meat when claiming to produce strolghino. This undermines the true quality and authenticity.

To ensure the genuine article is enjoyed, customers need to be aware of its authenticity when purchasing strolghino. Often the price is a good indication. You normally get what you pay for.

The flavour of the meat from this part of the pork’s leg is amazing, so the salami itself doesn’t need extensive additional flavouring other than salt, pepper, wine & honey.

Strolghino is ideally served on an antipasto platter with a selection of cured meats and cheeses along with some delicious freshly baked artisan bread. It can also be enjoyed simply sliced and eaten immediately.