In a bowl whip the cream until stiff peaks form, with a mixer fitted with a whisk attachment. Place the cream into a smaller bowl and set aside.

In the original mixing bowl, add the ricotta cheese, powdered sugar, pistachios (or alternative), and cinnamon (if desired). Mix on medium speed until well combined (approximately 1 minute). Fold in the whipped cream and chocolate chips.

Chill the cream for at least 2 hours before filling the cannoli shells.

HOW TO STRAIN RICOTTA CHEESE
STEP 1: Place the strainer over a small prep bowl, and line it with cheesecloth.
STEP 2: Add the ricotta and, using a rubber spatula, gently push and spread the ricotta into an even layer. Loosely cover the bowl with plastic wrap, and chill in the refrigerator. Let the ricotta cheese strain overnight (or for at least for 8 hours).
Discard the accumulated liquid in the bowl. 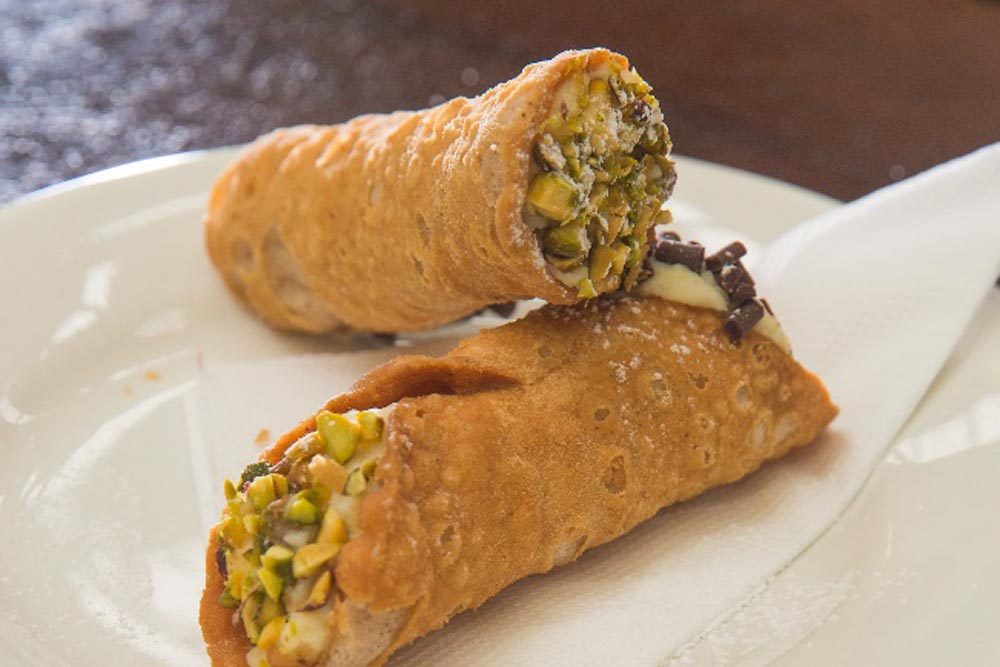